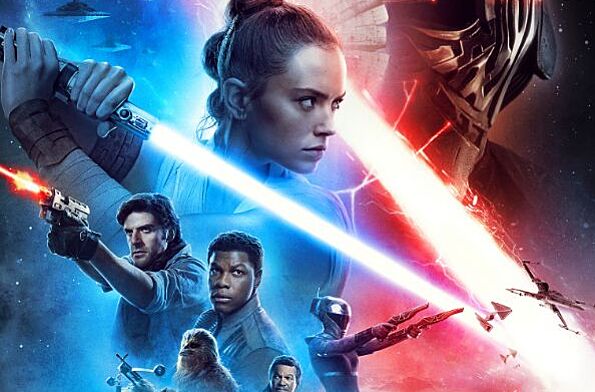 Star Wars: The Rise Of Skywalker supposedly concludes the Star Wars saga.  J.J Abrams both directs and shares script writing credit with Chris Terrio.  Derek Connnelly and Colin Trevorrow are credited with sharing the story idea.  Old and newer characters return with Daisy Ridley as the main protagonist known as Rey.  We get to find out more about lineage.  John Boyega and Oscar Isaac return to their roles of Finn and Poe Dameron, respectively.  Adam Driver is still raging across the galaxy far, far away as Kylo Ren, aka Ben Solo.  Unused footage of Carrie Fisher helped to bring General Leia to life in this film.  There are plenty of treats for the long-time fans of this franchise.

The plot is a bit of a mess, but the performances were all quite good.  It was also great to see Billy Dee Williams return as Lando Calrissian.  Some of the nostalgic moments seemed a little crammed in there, but I found myself not minding that too much.

Yes, some of the critiques from the professionals have some validity, but I was relieved to find myself still marveling at the imagination in the visual effects and fight choreography.  Basically, I was just relieved that I didn’t hate it.  I had moments where I felt the scenes were cut too short though, which is strange since it does go well over two hours.

The film isn’t a perfect cinematic experience, but I still enjoyed seeing it.  I have a somewhat mixed, confusing appreciation for it, but I absolutely have no regret seeing it.