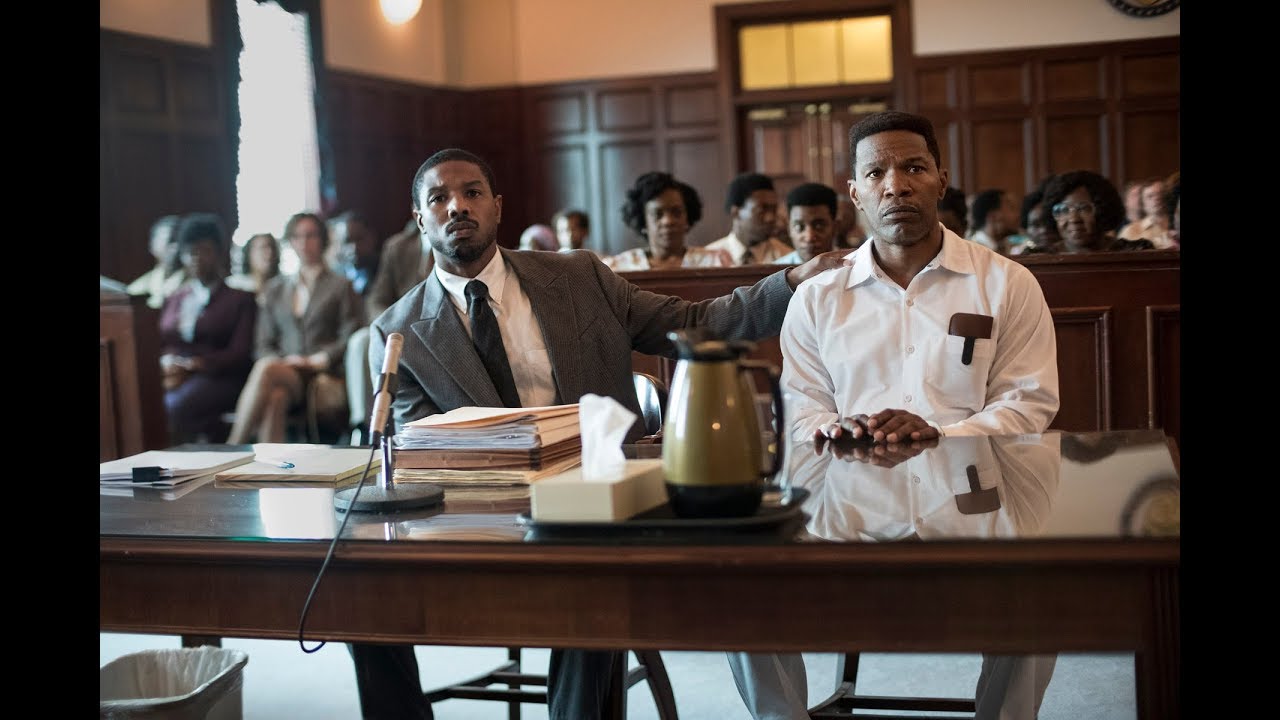 Just Mercy is a film based on the true story of a wrongfully convicted death row inmate in Alabama who is aided by Harvard attorney Bryan Stevenson who finds the evidence presented in the original trial to be a somewhat dodgy.  The film is directed by Destin Daniel Crettin, who also co-wrote the script with Andrew Lanham.  It is based on the memoir written by Stevenson.  Jamie Foxx and Michael B. Jordan lead the cast which which includes Brie Larson, Tim Blake Nelson, and O’Shea Jackson Jr.

Foxx plays the unfortunate Walter McMillian, who has been sentenced to death after being charged with the murder of am 18 year-old white woman in Monroe County, Alabama.  Jordan plays the determined attorney, Bryan Stevenson who takes on the appeal.  It’s based on a true story, however the incompetence that is depicted in the investigation at times seem too outlandish to believe.  I am not saying that I disbelieve that McMillian was not the recipient of a gross injustice.  I am not sure what elements depicted was artistic license and was actually accurate.  I might have to read the book if I get more curious obviously.

The performances were quite extraordinary,  Jordan’s acclaim as an actor seems quite well earned.  Foxx of course is a master at tugging the heartstrings as well.  Really, the acting talent runs abound all over this film.  It just manages to avoid the depiction of all white people being terrible racists, which I appreciated.  I am a proponent of the death penalty, but I am a bigger proponent of getting the right bad guy regardless of the ethnicity.  Stevenson’s final argument for justice and at times mercy did resonate with me.  If the evidence portrayed in this film  was as flimsy in real life, I have to say that I am glad that Mr. McMillian spent his final years in the free world.  As for Bryan Stevenson, he seems like a pretty decent fellow as well, and I hope that the people he ends up helping really are the victims of flawed prosecution.

It’s a pretty good film, and it does tell an important story.