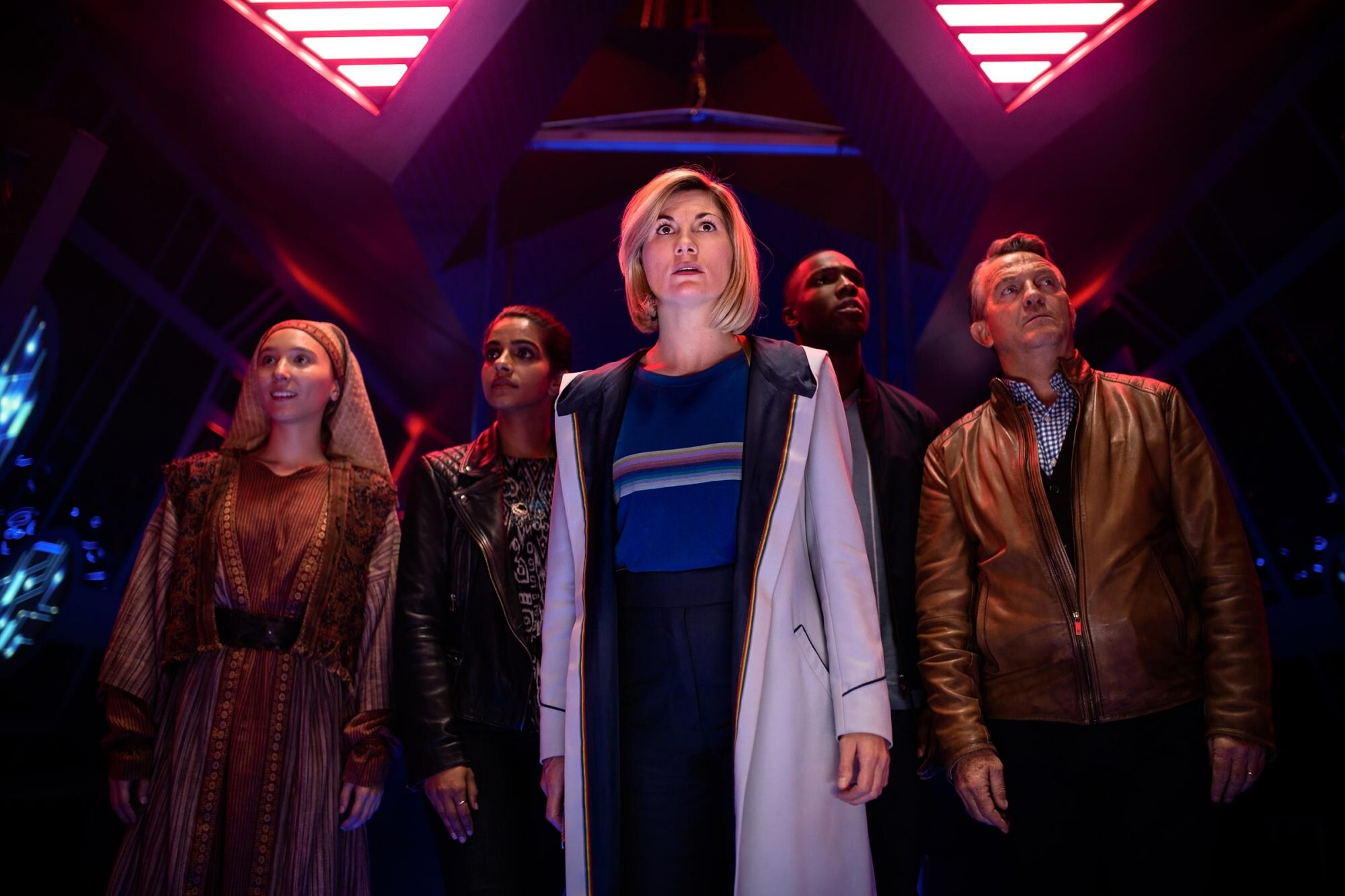 Can You Hear Me? is the seventh episode in the current Doctor Who series starring Jodie Whittaker in the company of Bradley Walsh, Mandip Gill, and Tosin Gill.  I ended up watching this one out of order.  Charlene James and Chris Chibnall co-wrote this episode which had Emma Sullivan in the director’s seat.  Guest stars included Ian Gelder, Claire-Hope Ashitey, and Aruhan Galieva.

The companions are dropped off in their own time and place in Sheffield while the Doctor is drawn to investigate signal from Aleppo, Syria in 1390.  There she finds an abandoned mental hospital with only one survivor being stalked by a horrific creature.  Meanwhile, Graham, Yasmin, and Ryan are being troubled by a menacing figure in their dreams.  The Doctor realizes that this matter is connected to her little problem and returns.  It seems that immortal and immoral beings are at that root of these strange occurrences, and the Doctor may be outmatched.  Or is she?

It has an interesting set up.  Gelder does make a rather disturbing presence in people’s dreams.  His fingers detach and fly into people’s ears where he can feed on their nightmares or something.  There’s a woman trapped in a pod between two planets about to collide.

There was quite a bit of imagination and creativity that was attempted, however it still didn’t make it to anything that would be memorable.  There were some mention of old adversaries such the Celestial Toymaker and the Eternals.  That was kind of cool but mot much more than that.

Whittaker is beginning to show a little more range with her version of the Doctor, although I doubt I will put her among any of my personal favorites anytime soon.

I also had some trouble buying into the casting of Ashitey as some immortal beauty with a cruel streak.  She and Gelder just didn’t have a believable chemistry as eternal partners in destruction.

It’s another exercise in mediocrity for the Whittaker era of Doctor Who.