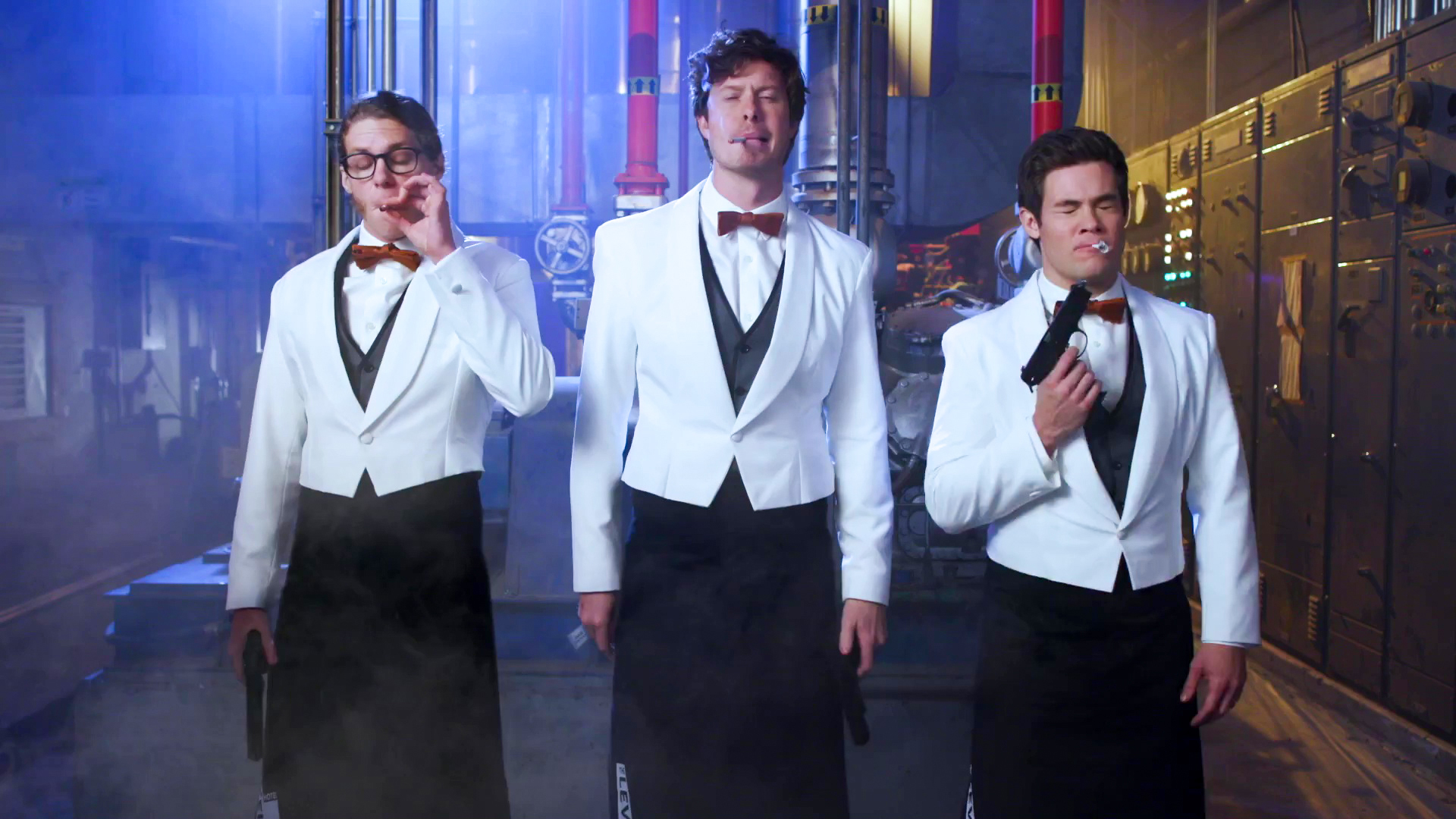 Game Over, Man! is an overly raunchy action comedy directed by Kyle Newacheck.  Anders Holm concocted this screenplay with story credit being shared with Newacheck, Adam DeVine and Blake Anderson.  Anderson, Holm and DeVine also star in this alongside Daniel Stern, Neal McDonough, and Aya Cash.

The basic premise is that three friends  who work as housekeepers at a ritzy hotel are aspiring video game designers.  They are about to make it big when their plans get hampered by terrorists taking the hotel by hostage.  It’s an obvious rip-off of Dir Hard, however I think the comparison was supposed to be intentional.  There are a few mildly interesting plot twists, but that’s overshadowed by the gross humor.

I should have not bothered to hold out any hope for this to be redeemable once I saw that Seth Rogen was one of the producers in this one.  There were a couple of surprising cameos, but it only knocked any respect I had for these individuals down a notch instead of raising my appreciation for the film.

If you come across this on Netflix, no need to indulge your curiosity.  I already sacrificed a couple of hours so you can be properly warned.