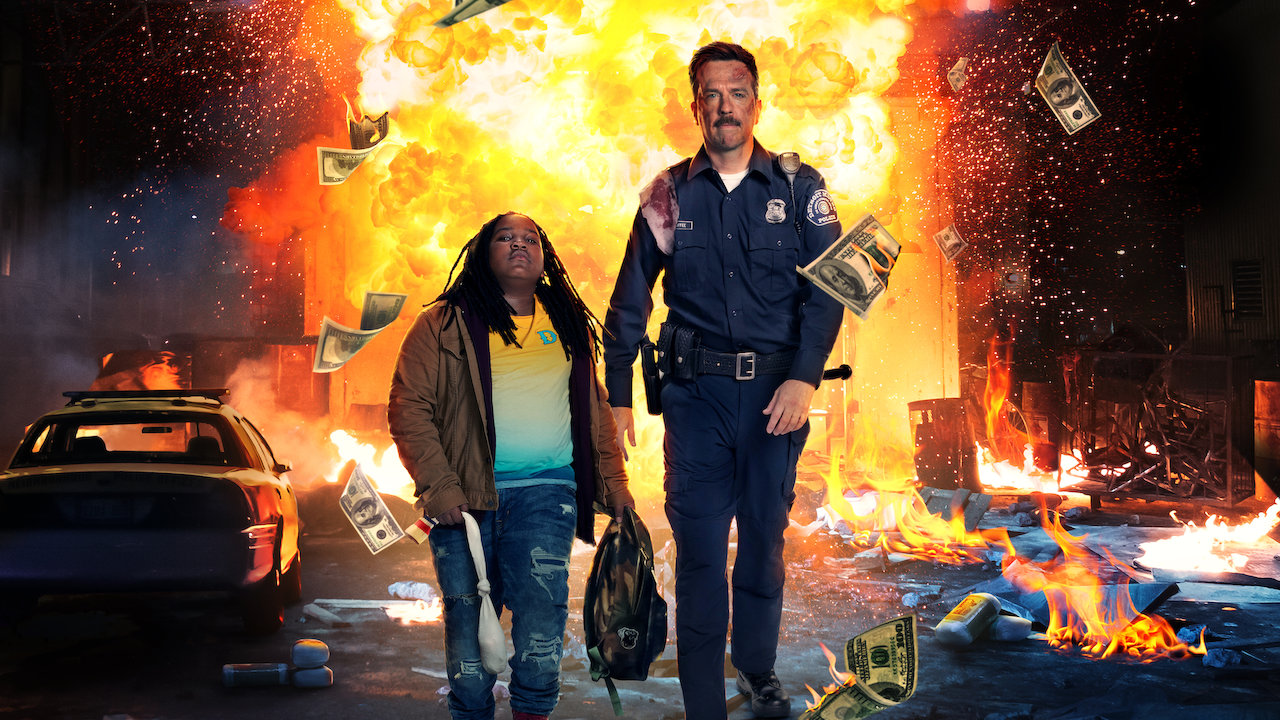 Coffee & Kareem is an action comedy that was released on Netflix.  It is written by Shane Mack and directed by Michael Dowse.  It’s got some pretty solid actors with Ed Helms, Taraji P. Henson, Betty Gilpin, and David Alan Grier.  A kid named Terrence Little Gardenhigh plays the brazen foul-mouthed Kareem, the son of the woman with whom Helms’ Officer James Coffee is in a relationship.

James Coffee is a police officer in the city of Detroit and is in a relationship with Vanessa, played by Henson.  He has yet to bond with Vanessa’s son, Kareem.  An afternoon with the two of them goes awry when young Kareem walks in on a murder and brings a gang of drug dealers and corrupt cops on their heads.  Kareem and Coffee have a very antagonistic alliance throughout the misadventure.

This is way more raunchy than necessary.  There were a few moments I found mildly amusing, but those moments were scant.  Coffee is an utter goofball, and it’s a complete mystery as to what Vanessa would ever see in this guy.  Gardenhigh, the kid, has most of the filthy dialogue spewing out of this thing.

I don’t necessarily mind a raunchy comedy as much as I should, but this film just crossed a few more lines than needed.  It’s a waste of some talented actors.