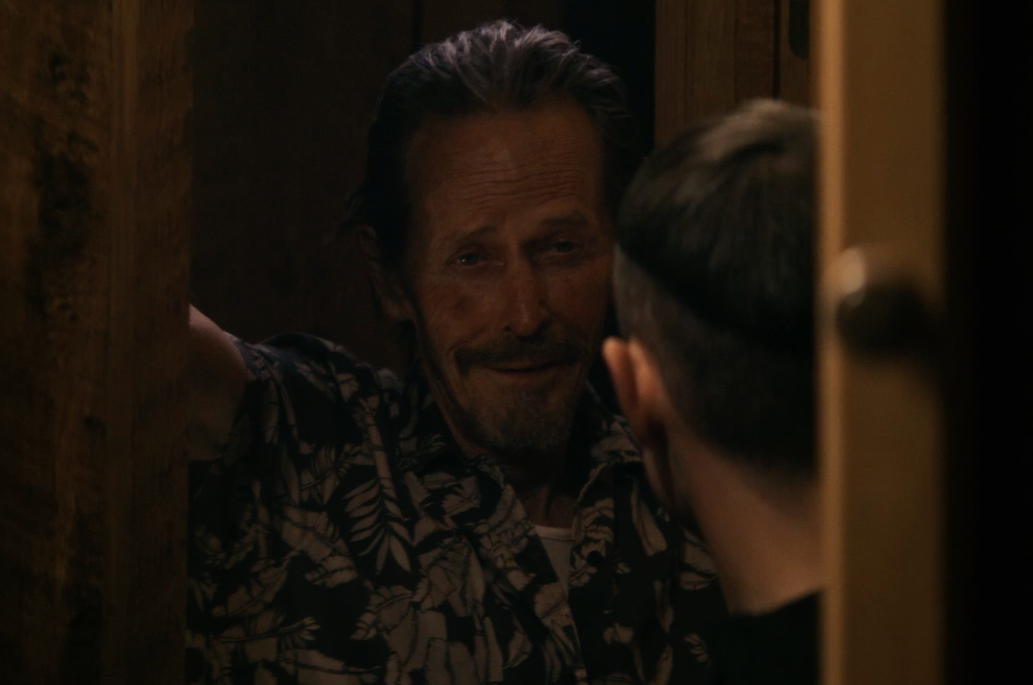 Come to Daddy is a rather interesting if bloody film directed by Ant Timpson and written by Toby Harvard.  The stars include Elijah Wood, Stephen McHattie, Michael Smiley, and Martin Donovan.

Wood plays a young man named Norval, who has answered a summons from a father who abandoned him many years ago.  He finds Gordon, played by McHattie, living in some secluded and uniquely constructed cabin on an Oregon coast.  Gordon seems somewhat welcoming at first, but Norval starts noticing a dangerous streak in the old man.  There are also troubling sounds coming from under the house.  Anyway, Norval soon finds that his father is in darker waters than he can imagine.

This film gets rather gruesome as the story unfolds.  It’s labeled as a comedy horror, and there is a certain guilty amusement to be found here.  Nothing supernatural occurs, so I think I would define it as a dark comedy, although there is not much I found terribly funny.  I will say this is still an interesting piece with some pretty clever plot twists.  The explanations that come to light are not entirely unexpected.  Other dangerous and psychotic fellows turn up along the way adding more pieces to the absent father’s puzzling history.

The cast actually does well even during the more absurd moments of the film.  The story does have its moments of absurdity, but those seem to fit in.  Michael Smiley gets to go way over the top with his creatively vicious Jethro, but he doesn’t veer off into the realm of being totally unbelievable.

This is probably one of the strangest movies I have seen lately, but it has some strong points if one can stomach the blood and cruelty depicted here.  There is also the harsh language throughout.

The premise of the film is pretty absurd, but the performances and actual creativity in the red herrings are executed with a certain style I can appreciate.