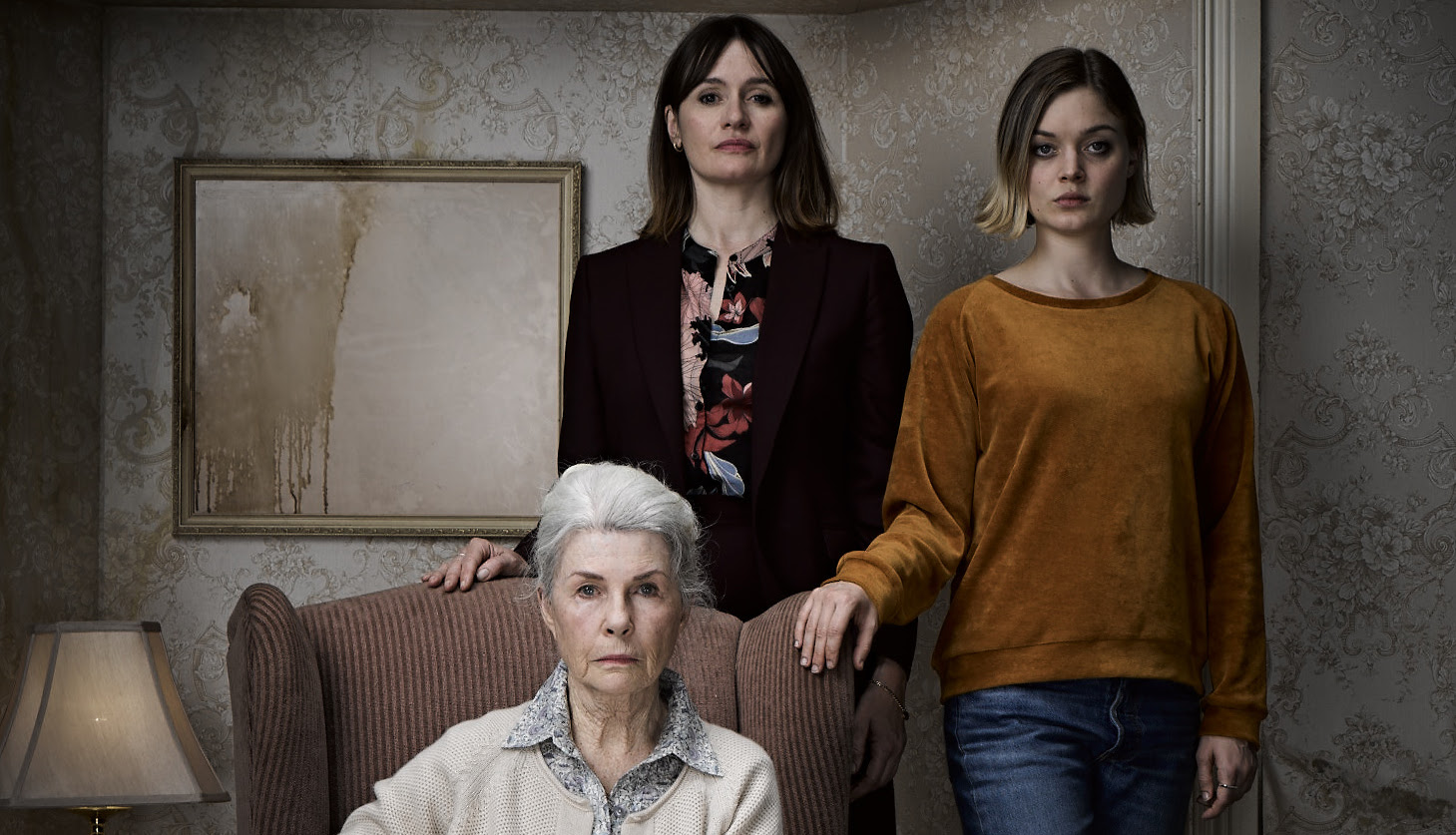 Relic is a horror film recently released and is directed by Natalie Erika James, who also co-wrote the script with Christian White.  The main cast is comprised of Emily Mortimer, Robyn Nevin, and Bella Heathcoate.  The film takes place in Australia, which I rather enjoyed since I have not seen many films in that locale.

Kay and her daughter, Sam go out to visit Kay’s mother and are soon alarmed when it seems she has not been seen in several days.  The house seems to be invaded by a peculiar black mold.  A shadowy presence lurks just out of eyesight.  Strange sounds also disturb the night.  The grandmother makes a sudden appearance but is behaving oddly. Kay is having strange dreams about a decrepit old man in an isolated cabin.  It’s just a very strange movie.

Anyway, the film is not long but it has a bit of a slow burn at times.  I am not sure the explanation for these bizarre occurrences was all that clear to me.  I was not familiar with these actresses, but I did find their performances to be convincing enough.  The movie did have some genuinely disturbing moments which I relished since I do have an appreciation for the genre.  I thought it was one of the better films of this nature in recent years.  I also rather liked not knowing much about the main cast much although they are likely well known in Australia for the United Kingdom.  I sort of found the title to be somewhat perplexing since there did not seem to an actual relic that this thing revolved around.  The title could have been better considered.

Although a bit more clarity as the story unfolded would have been appreciated, enough was done right as far as casting and the mood that I didn’t end up disliking the film.  My fellow horror film aficionados should be able to find some enjoyment here.