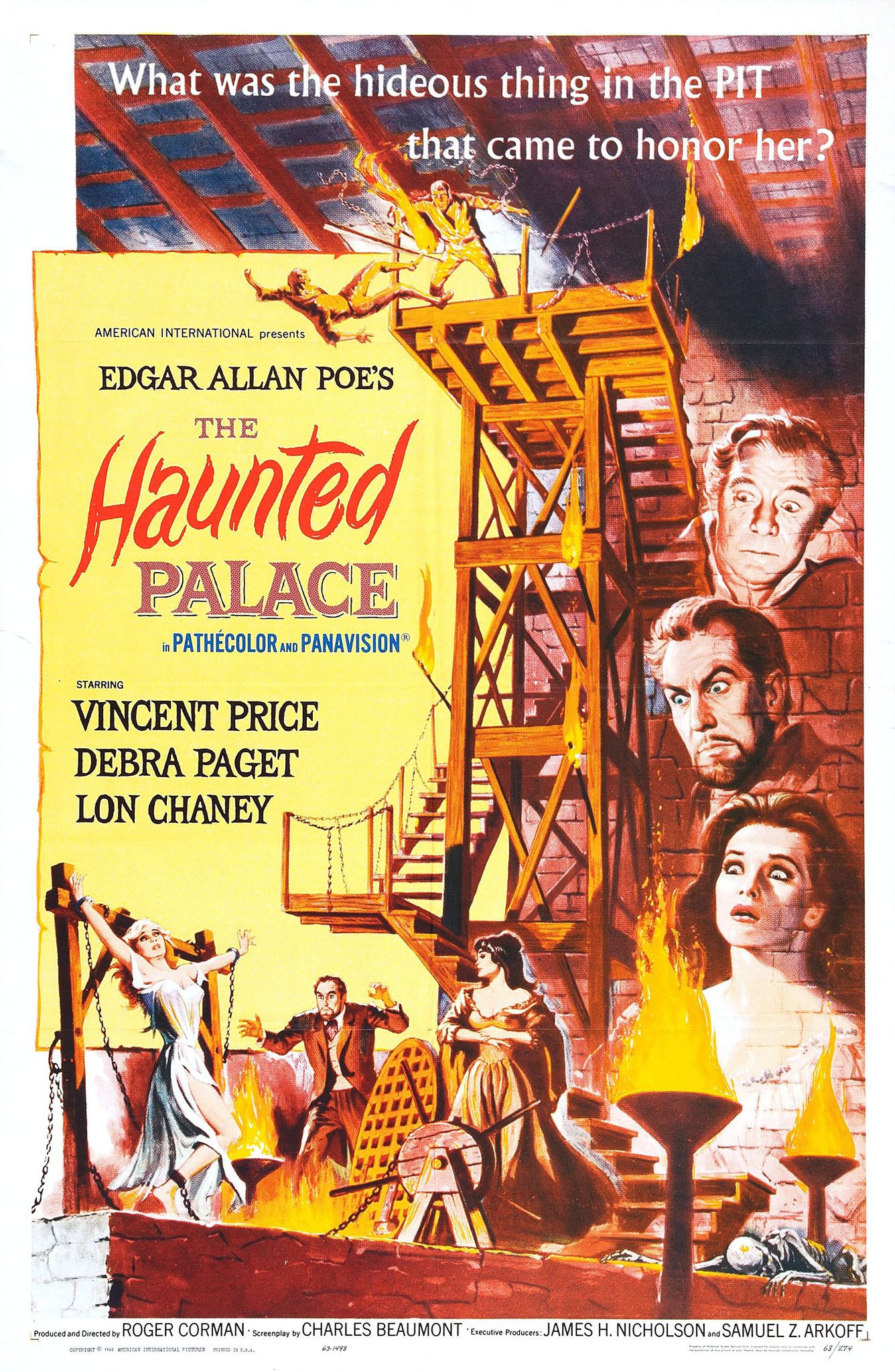 “The Haunted Palace” is a horror film released in 1963 and stars Vincent Price, Debra Paget, and Lon Chaney.  The screenplay was written by Charles Beaumont, and the film was directed by Roger Corman.  The story seems to have a strange mixture of influences from a poem by Edgar Allen Poe and a novella by H.P. Lovecraft.

The audience is first introduced to a little town known as Arkham, Massachusetts. As Batman has shown us over the years, nothing good ever happens at anywhere named Arkham.  The story starts off in 1765 when the town becomes suspicious of the not so friendly neighborhood warlock named Joseph Curwen and decide to interrupt whatever troubling ritual he is performing.  Curwen is burned at the stake, however has one last trick up his sleeve and curses the town.

The town is also afflicted with several of their residents burdened with troubling deformities.  The make-up isn’t all that convincing, but it’s a Roger Corman film and it’s 1963, so that’s not so unforgivable.

Anyway, Charles starts having strange turns in his personality while at the mansion, and we soon see that Curwen’s spirit is still lingering around and has the ability to take over the bodies of family members or something.

The set designs are pretty cool, and Vincent Price is almost always fun to watch, but I am starting to suspect he is not an actor with the broadest of range.  His performance slips into the realm of silliness at times.  I need to see more of his films to really get his appeal to fans.  He isn’t terrible, but I am starting to be a bit concerned that he could be a little overrated.  On the other hand, it’s a Roger Corman film, whose work I have often found to be quite campy.

Lovecraft was probably one of the most disturbing and controversial writers of the early twentieth century, and the special effects did a fair job of bringing his twisted imaginings to life for this piece.

“The Haunted Palace” is an interesting film to see once, I suppose just because of the pedigree of those involved, however I did not find it to be very remarkable in any substantial way.