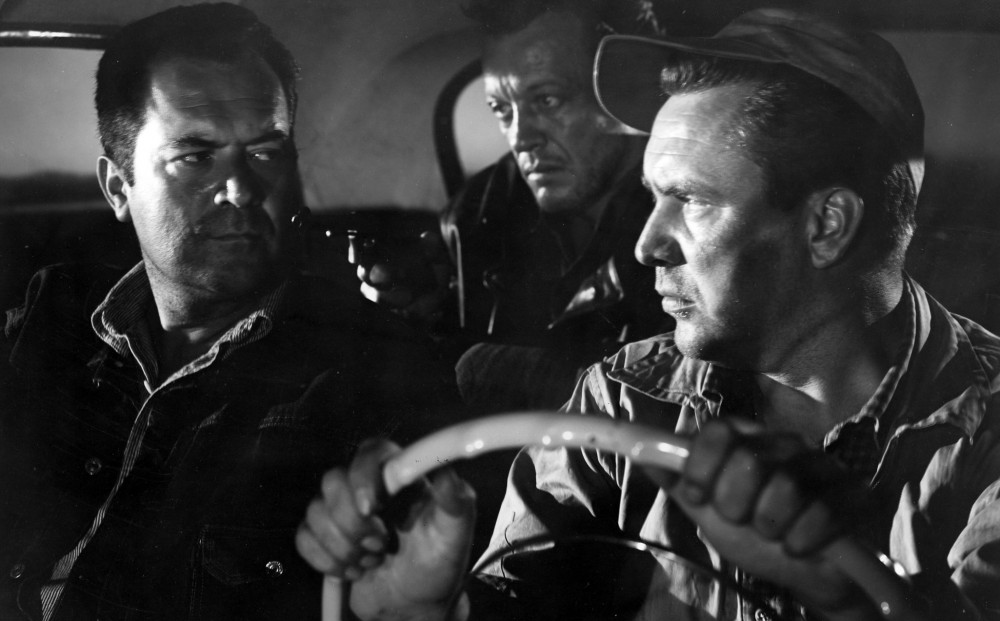 “The Hitch-Hiker” is a 1953 film noir which was directed by Ida Lupino.  She also shares screenwriting credit with Collier Young and Robert L. Joseph.  This film has an interesting background in that it is based on the true story of how a psychopath named Billy Cook was captured after he had taken two men captive and forced them to help his escape from federal authorities.  The names were changed in order to avoid giving Cook some satisfaction over his notoriety. Cook himself was executed in California in 1952.

Ida Lupino appears to be the only woman who directed a film of this genre in the 1950’s and she does a pretty good job with it.  It’s a pretty compelling movie, although it does seem a little implausible that the two men were not able to overpower Myers a little sooner.  They were together for several days before the climax of the film.

Talman displays some versatility as an actor with a his menacing depiction of Myers.  O’Brien and Lovejoy also work well together.

The other interesting aspect of this film is that there are no female characters in it.  It’s a pretty fascinating film when it’s all said and done.

I thought the film was quite compelling for the most part.  It was great to see Talman in such a wicked part.  He makes a pretty convincing psychopath.

The movie has both a compelling screen presentation and backstory.