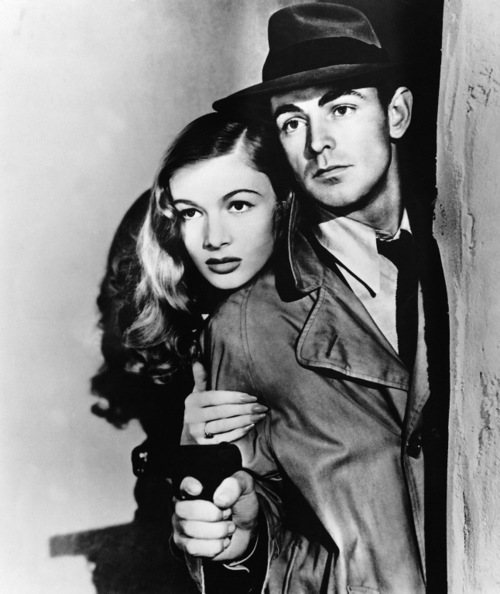 “This Gun For Hire” is a crime drama released in 1942 and is apparently quite the gem in the film noir era.  Albert Maltz and W.R. Burnett are the screenwriters who adapted this piece from the novel by Graham Greene.  Greene’s novel was entitled “A Gun For Sale”.  Frank Tuttle is the director and does a pretty good job.

The film stars Veronica Lake, Robert Preston, and Alan Ladd.  Although Ladd has fourth billing, he is apparently the star here as Phillip Raven, a hit man on the run after he was betrayed by his most recent employer.  There is also a chemical formula on the black market that is key here, but I didn’t really care about that.  Anyway, Raven’s path crosses that of Lake’s character, Ellen Graham, a nightclub singing magician who is also the girlfriend of the police detective who is on Raven’s trail.

It sounds pretty confusing, and it is actually kind confusing, but it still manages to be a good film for the most part.  Ladd makes a formidable presence as the stoic, cynical gun for hire.  He and Lake seem to have an impressive chemistry that led to the studio making it a bit of a habit of casting them together.  The plot is a little complicated and rather implausible but not unforgivably so.

I could see why this film was a hit when it came out back then, and it should be one that any other classic film watcher would want to catch.