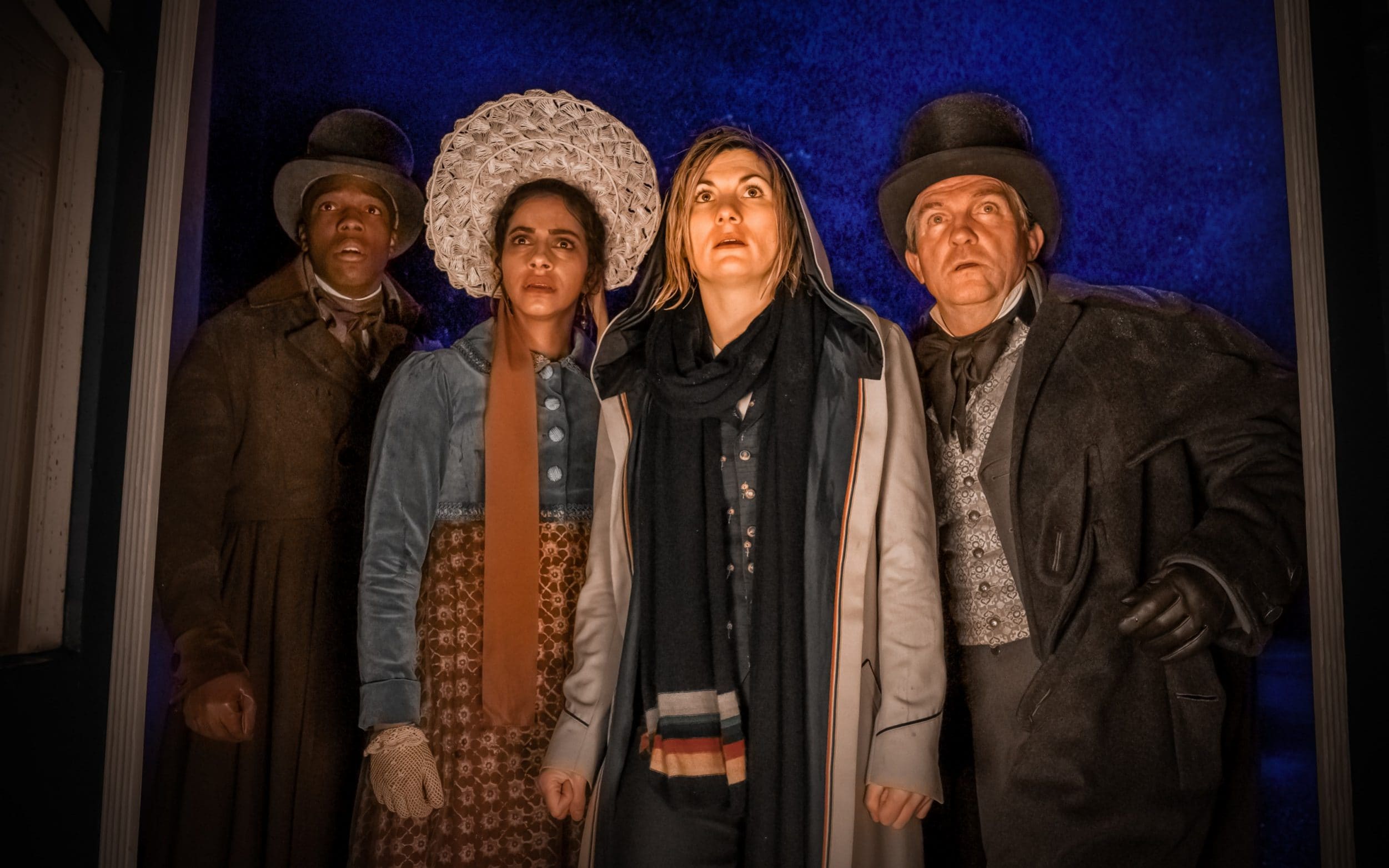 The Haunting of Villa Diodati is the latest Doctor Who episode aired by the BBC in what is twelfth season of the revived version.  Jodie Whittaker, Bradley Walsh, Tosin Cole, and Mandip Gill are still the main cast.  Maxine Alderton is the scriptwriter with Emma Sullivan calling the shots from the director’s chair.

The Doctor and her companions arrive in 1816 at Lake Geneva where a fascinating gathering of creative minds is taking place.  This is where the legendary gathering of friends which include who would be come Mary Shelley alongside Lord Byron and Dr. John Polidori. It is said that this where Mary Shelley conceived the legendary story of Frankenstein.  Lord Byron was at one time given the moniker of “mad, bad, and dangerous to know.”  The Doctor is here, so events have taken a much more disturbing turn. Percy Shelley is not in attendance as history notes.  Strange apparitions are emerging from the space.  The house itself is behaving oddly.  A familiar foe of the Doctor’s has also crashed the party.

The guest cast includes Lili Miller, Jacob Collins-Levy, and Patrick O’Kane.  I have nothing too critical about the casting choice here.

I am a sucker for Doctor Who episodes with spooky houses and spectral phenomenon, so I was interested pretty quickly.  I am not a big fan of this particular era of Doctor Who, however this episode was not that bad.  Whittaker’s Doctor seems to be showing some range between the cheeky humor and the expected cleverness.  The companions are still a bit too numerous.  For some reason, I was a bit annoyed with Walsh’s Graham O’Brien, who I usually like, in this particular story.

It’s not a great addition to the series, but I found it adequately enjoyable.  It may end up being one of the stronger stories in the current series that is still being aired.  The visual effects weren’t bad either, which is saying something for Doctor Who.

The show’s ratings are still declining, and it doesn’t appear this episode helped much.  I thought the episode was better than what he have seen so far from head writer Chris Chibnall and current star Jodie Whittaker, however it was not much better.