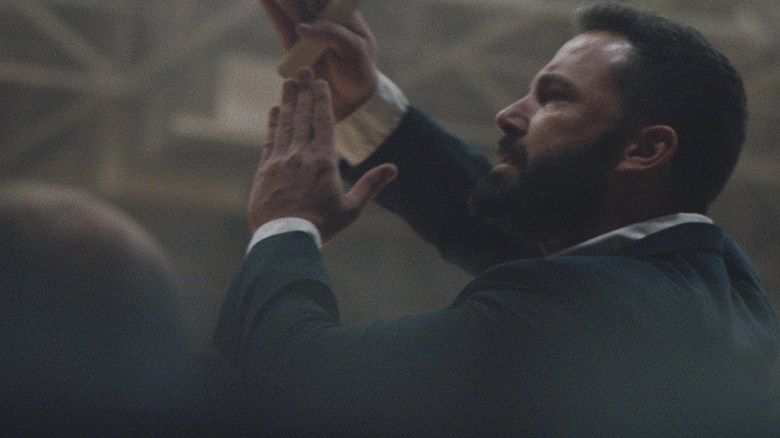 The Way Back is a sports drama written by Brad Ingelsby and directed by Gavin O’Conner.  Ben Affleck stars here with a cast that includes Al Madrigal, Janina Gavankar, and Michaela Watkins.

Affleck plays a construction worker who can put out away a terrifying or enviable amount of booze, depending on your sense of priorities.  Anyway, he is a former high school basketball hotshot who walked away from a full scholarship in his youth.  He is presented with the opportunity coach a team at the Catholic school where he attended and reluctantly takes it on.

I will start off and say that the film is actually pretty good for the most part.  There are some aspects that fall short on realism, such as the lack of research the school puts in when it comes to their selection of a coach.  I would have thought that someone would have checked out how Jack Cunningham is really doing in his life before handing him the keys to the coach’s office.  It’s actually a fairy complicated and interesting part for Affleck.

Affleck has had some personal struggles that are quite similar to what his character is going through, and he makes good use of them for this film.  This is certainly one of his better performances.  I do not know if this is worthy of an Oscar nod or anything like that, but he was convincing enough to hold my attention and root for his redemption moment.

The movie has some pretty cliche moments and characters, however they didn’t dampen my enjoyment of it too much.  The cast was pretty well chosen.  Actually, Affleck was the only cast member that I recognized right away, and I didn’t mind that at all.

There is not a lot of new ground broken here, but it ended up still being a pretty good show.