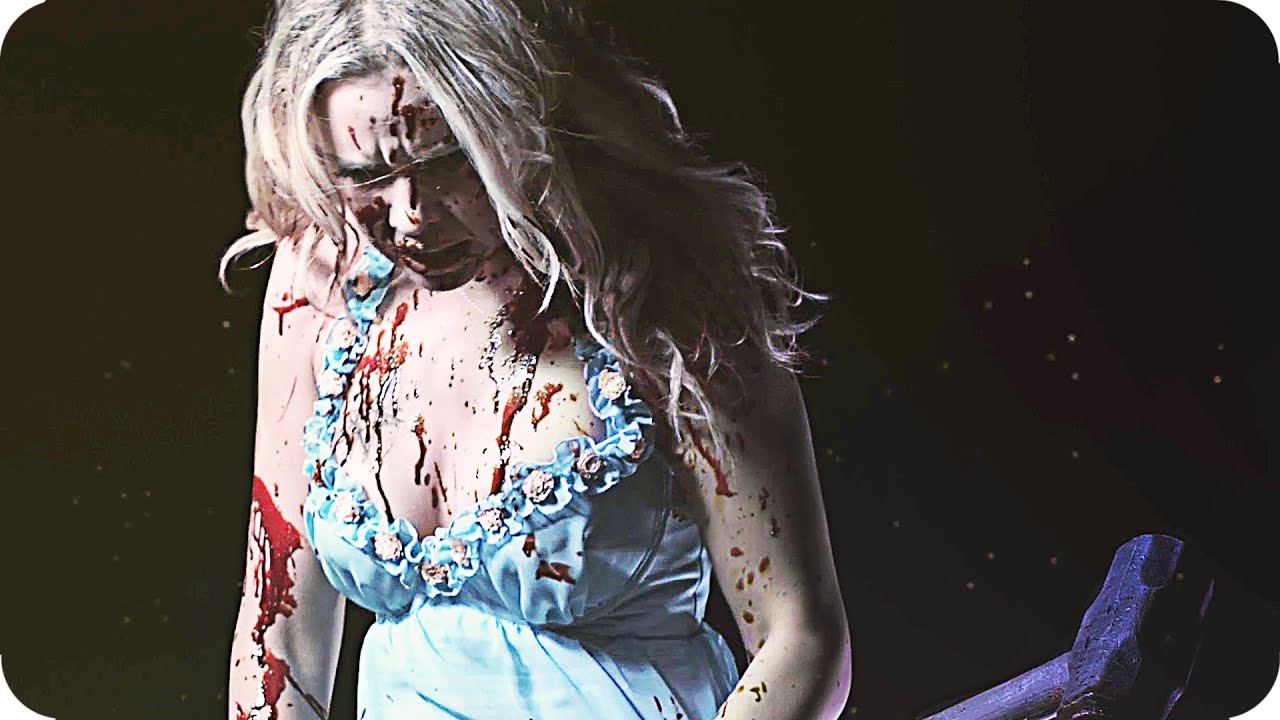 The Obsidian Curse is a B horror film that is about as B as it can get.  It could probably be considered a C movie of such a classification existed.  It is written and directed by Rene Perez.  The film has such unknown stars such as Karin Brauns, John Caraccioli, and Reggie Bannister.

Brauns is the lead here, playing a woman who is released from jail after a yearlong stay.  She is trying to get a job and is directed to try out some kind of tourist attractions concerning some caverns.  While there, she encounters some old witch who curses her with a spell that attracts all of the evil beings in the world.  So she is running around the countryside bashing zombies and assorted creatures with a baseball bat, trying to retain some kind of visitation with her daughter as well.

There is really no excuse to watch this thing unless there is an inexplicable taste for B movies of this sort.  Unfortunately, I am prone to strange bouts of curiosity that lead me to try these out, and then another peculiar compulsion to actually include the experience in this blog.  I know I could keep these indulgences to myself, or better yet not succumb to these inexplicable cinematic whims.

Anyway, it’s cheap and not that worthwhile.  I will say this though….I have still seen worse.  There was some effort for some kind of creativity in the creatures, but the costumes were cheaply constructed.

This is just a silly and rather trashy diversion for those with bizarre and macabre taste.