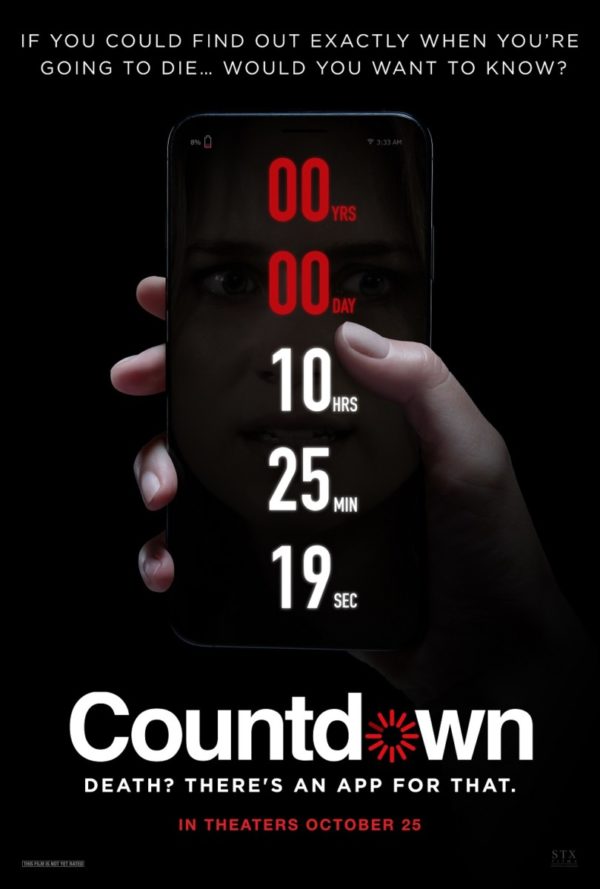 “Countdown” is a horror film written and directed by Justin Dec.  The cast includes Elizabeth Lail, Jordan Colloway, Peter Facinelli, and Tom Segura.  A young nurse is told about an app that can predict one’s death with frightening accuracy.  Evil forces will make sure that the death occurs on schedule.

It’s not a terrible premise considering the state of our cell phone culture.  There were some moments that were kind of effective in invoking some chills.  The visual effects were pretty good.  The performances were not terrible.  There was some effort for originality in the story.  P.J. Byrne almost worked as a somewhat eccentric, irreverent priest who tries to aid the youngsters bedeviled by the demonic app.

It’s one of those films that likely deserves the criticism aimed by the professionals, however I found it to be somewhat entertaining.  Of course, I have had plenty practice of keeping my level of expectation low when it comes to the horror genre.  It turned out to be a fairly interesting film in some ways, but I would recommend angling for a serious discount on the ticket price or just waiting for it to hit whatever streaming services it lands on.